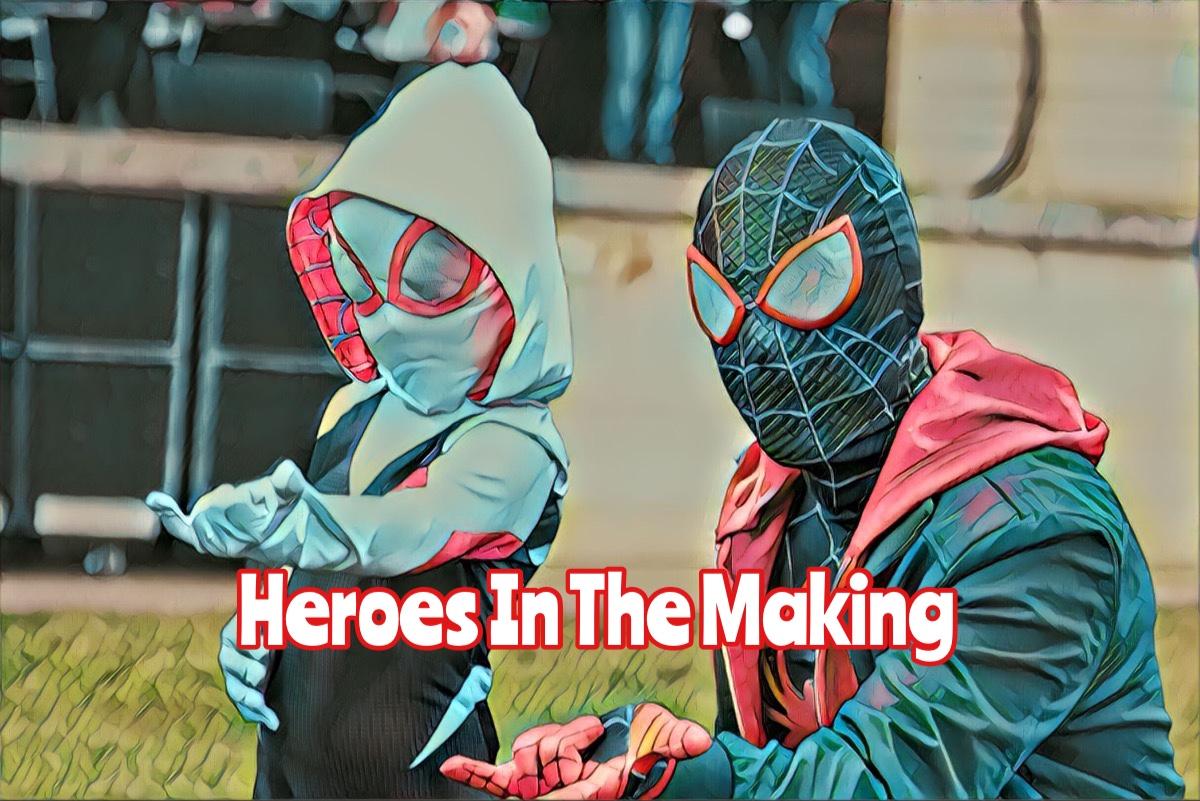 Every Hero has an origin story.  Whether it is Spiderman, Superman, Batman or your favorite athlete, tv star, teachers, local workers and even your friendly neighborhood CASA worker.  What creates and builds a hero is their life’s Journey.  The Journey to becoming a hero starts as soon as a child opens their eyes.  Every situation and every new thing that they learn is the blueprint for the hero that they will become. The people they interact with and the community that they involve themselves with all plays a part in how a hero finds their voice.   But all that starts with a key piece that is always essential to anyone’s growth, and our heroes at CASA work hard everyday to ensure that children in care have that essential piece.

Family has always been important to the growth and safety of a child.  When one thinks of family, one usually envisions the typical two parent home, maybe a dog, and it extends to others like grandparents, aunts, and uncles.  Now CASA volunteers, their Specialists, and others who are heavily involved with the child welfare system know that families have no limits to how they could look.  The quote “it takes a village” holds true to raising a child.  In our case, that village involves not only parents, but foster parents, fictive kin, adoptive families, caseworkers, CASA volunteers, and more.  I like to think of our kids in foster care as heroes.  They go through many trials and tribulations, and many of them overcome barriers and challenges in their lives with the help of the village.  Ironically, many of your favorite fictional superheroes have a not so traditional family and many of them have similar stories to our children in care.

At CASA we can’t stress enough the importance of connecting and finding families for children in care.  Sometimes when parents aren’t able to care for children or are unavailable, family steps in and raises them as if they were their own.  For instance, a young kid is often left in care of his aunt and uncle due to his parents being away.   Eventually his parents are no longer around and can’t be found.  He is raised by his aunt and uncle who love him and instill values and knowledge into him.  He was able to live a normal life, thanks to the sacrifices his family made.  It is also thanks to his uncle’s greatest advice that when his life met an unexpected change, he became one of our greatest and most relatable heroes.

“With great power, comes great responsibility.” Peter Parker became the friendly neighborhood Spider-Man not only because of a random radioactive spider bite, but because of the morals instilled in him from his loved ones.  How about a kid who unfortunately loses his mother and father is in prison?  Luckily, a friend of the family agreed to be this child’s guardian, treating him as one of his own.  This kid gave his guardian trouble at first, often disrupting the household, but he learned to trust him because his guardian never gave up on him becoming a father figure.  This kid grew up to be a forensic scientist in the same place as his guardian, where the accident turned him into the fastest man alive.  CW’s version of the Flash benefited from having a family that looked after him when he lost his family to tragedy.  He often longs for close bonds as well as other father figures and he takes it seriously when it comes to protecting them.  How many our kids can identify with wanting a father figure, or protecting the love ones that they do have, in fear of losing someone else?  The great news for some of our kids is that family members and fictive kin often become a hero to our kids, raising them and providing safety.

Some of our kids unfortunately lack family in the position to step up to the plate, but sometimes others commit fully to raising that child.  A baby was born, and immediately was abandoned by their parents.  Let’s say a stranger or foster parent couple takes responsibility for this child and essentially treats them or adopts them as their own?  They try to shelter and protect this child, teaching them the way of life and instilling morals and value in this child as he grows into a teen.  As a teen, they start to realize that they are different, and that maybe they don’t belong, which could steer someone many ways.  His adoptive dad died, which is who he learned most from, while his biological family he never met.  He is clueless about his roots and culture.  Well this teen took to heart what his adoptive parents taught him, set his own roots in the things he grew up with and became one of the most powerful and famous superheroes of all time.  Yes Clark Kent, otherwise known as Superman, also needed the guidance of his nontraditional family in order to grow.   He too felt disconnected, but with the help of his family, and his now adoptive planet earth, he used that as a coping mechanism to grow and become something Great.

Our Hero’s in comics being an orphan is a bit cliché, but many of them have different journeys and beliefs depending on how they were raised.  Bruce Wayne lost his parents to violence, and we see how he turned out.  His personality is quite the opposite of Superman because he knew his parents and lost them.  Bruce was mostly raised by his butler Alfred, which in some iterations, social services disagreed on allowing fictive kin to raise him.  Many of our kids lose their parents for many reasons, and that trauma follows them as they age.  Everything Bruce did was motivated by what happened to his family and as Batman he vowed to preserve justice his way.  Even if he never admits it, it also fueled his desire to create his own family.  He ends up taking in people like Dick Grayson or Tim Drake, who would become his sidekicks Robin and Red Robin.  Dick Grayson also lost his family members right before his eyes and Bruce Wayne adopts him and raise him as his own, even if they disagree sometimes.  When family can’t be around, and others step up to the plate. Adoptive parents are heroes in their own right, giving hope and family to children who may have lost theirs.   Our adoptive parents have their own origin stories as well.

Here we have another kid who loses his family at a young age.  This kid becomes cold and cruel to most people around him, having a non-trusting attitude towards everyone.  He becomes selfish and is moved from foster home to foster home due to behavior problems.  He was eventually placed in a home of a married couple who were foster children themselves as well as five other children.  He again refused to connect with them until one day he defended them from bullies.  Slowly but surely, he began to cherish his foster siblings.  After getting in major trouble and expecting to be sent away, he was shocked to find out that his foster parents were not going to give up on him.  The bonds Billy Batson created in his foster home would motivate him to save his siblings once again as the hero Shazam, as he shared some of his power with them to defeat their enemies as the Shazam Family.

Or how about teens and children who are different and discriminated against due to their differences?  Some of them ran away from their homes and became delinquent, some were kicked out of their home, and some just don’t have a place to go.  Everyday they live in a world where the system doesn’t understand them, and many policies negatively affect them.  One man decides to use his property as a home, welcoming them in and accepting them for who they are.  He teaches them how to accept their differences and use them for good.  He attempts to address their mental and physical health and sees to their education.  They become his family and together, Charles Xavier and his family intervene in situations, often saving others as the X-Men.

Sometimes, it takes an outside party or person to see and foster a child’s potential.  While not ideal, we see this in residential treatment centers and group centers.  We also see this in Professional Home-Based Care placements and foster homes who are committed to caring for children for prolonged periods.  By not giving up on a child, it often results in them not giving up on themselves.

Every child in care has an origin story, whether it’s a child raised by their fictive kin, a child who returned home to one or both parents, or children who are adopted or live in foster care or a residential treatment.  These children have the potential to become future heroes, with assistance from family, OCOK workers, a CASA volunteer, foster parents, and many more.  Every great hero had someone that believed in them and someone who helped them navigate life to help them understand the person that they are and the person they could become.  That’s why it’s important that we try to collaboratively engage with families when possible, and support those who take the responsibility of caring for our future heroes.  Remember, with great power, comes great responsibility.  But we have the responsibility to help our kids find their great power!