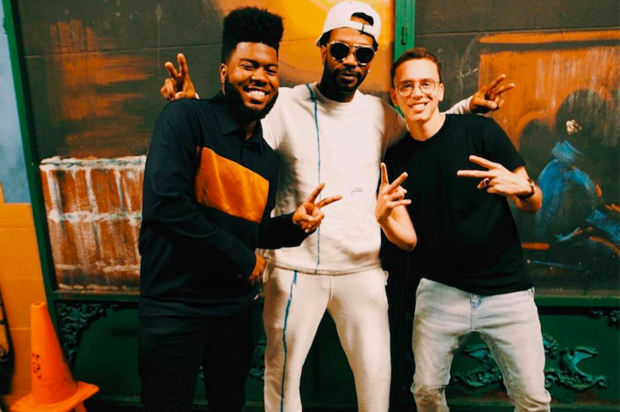 Welp, it didn’t take long for Logic to drop another single from his up and coming album “Everybody”.  “Black Spider-Man” Ft. Damian Lemar Hudson , Shout-out to Miles Morales, embodies the theme of his album.  The Lyrics are Logic, speaking to us from the views of himself, as well as other people through different walks of life, including, single mothers, people of other sexual orientations, as well as other races.  With A choir to match, Logic wants the world to let your soul glow as Damian assist with the vocals as the keys carry the beat.  The song and visual speaks for all of those who are misunderstood and all of those who struggle day-to-day to accept who they are and face the trials and tribulations that society places on them.  All in all, it’s a feel good video as Logic parades through a neighborhood spreading good vibes to everyone in the video.  There are some cameos like Juicy J and Khalid, while people dance in the street in unison.  It couldn’t get any cornier, as I feel like I’m watching an episode of Glee, but yet the feel good vibe is a fresh of breath air and shows the  direction of this album and the positive message that Young Sinatra is trying to spread.  The impact line of the song is ,

Maybe Jesus was  black, maybe Jesus had dreads, Spider-Man should be black, I vote for Glover instead, And more so much more.

The message behind this is accepting others opinions and themselves regardless of what you may think, and maybe that it is time for change.  Also for those who didn’t know, When the Amazing Spider-Man was announced, Donald Glover, AKA Childish Gambino campaigned to become the web-slinger himself.  Many fans did not like the idea because Spider-man has always been white and it caused a lot of backlash, but also gained mass support.  This along with President Obama, led to the creation of Miles Morales, a black/latino Spider-Man, and the first black Spider-Man.  The message remains, why can’t things be different?  Also being happy in your skin and with the things you love or like also remains a theme, but also loving the fact that you are different from others and others are different and we should embrace that and not shame or hate it.  Great message as it gets us ready for the album dropping May 5th.