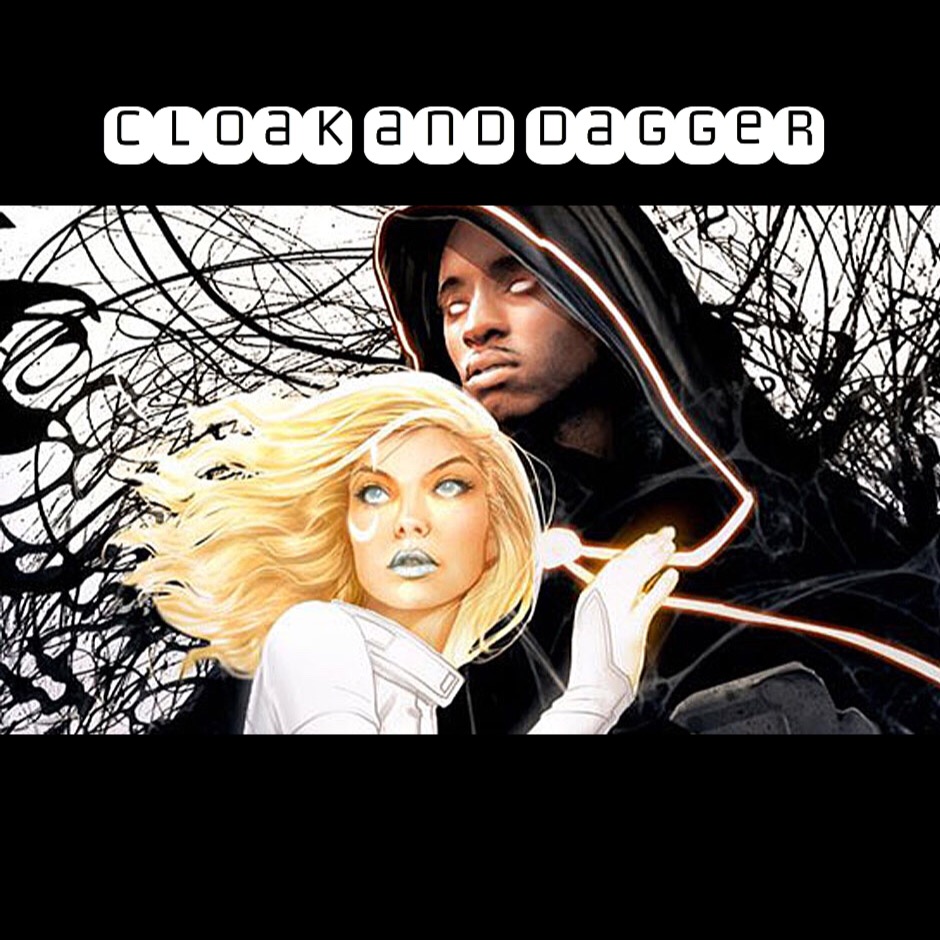 All aboard the hype train for the newly released cloak and dagger trailer!

As soon as I begin losing interest in Marvel, they pull me right back in. Fans have been talking about which characters they would like to see hit the big screen or have a series aired and if you asked me when this all started if I thought Cloak and Dagger deserved the transition, I would have told you no.

If you had similar thoughts and have yet to watch the trailer, here’s the link. Even if you don’t agree with my previous sentiment, you should watch the trailer if you haven’t already done so.
Cloak (Tyrone Johnson) and Dagger (Tandy Bowen) are runaway teens, from backgrounds so different it’s like day and night! *Yes that was an intentionally bad pun, sue me* Circumstance brings the two of them together and they become friends. Eventually, they find themselves as test subjects for a drug that gives them their respective powers and things become more interesting for our two heroes.

Now as far as I know this is not the plot that the series will be following based on what we see in the trailer. Marvel stays true to their individual background stories, which you can tell by the short ballerina scene, money, and some family drama with Dagger as well as what seems to be Cloak struggling to speak before a gun fires. But what’s new to me is the part where we see a little boy saying a little girl from drowning. This could be video editing magic, but I’m willing to bet that Tyrone and Tandy aren’t complete strangers in this version of the story.

Regardless of whether my memory of the Cloak and Dagger’s history is correct, the trailer does a good job of expressing some key themes that lead me to believe this show is right on time. So far, we’ve seen a lot of adult characters do the hero thing and it’s about time we get to see some youth added to the mix. We can expect for Marvel to touch on young love and race issues but from both sides of the fence this time, which should spark up some interesting discussion. A lot of what makes their story interesting is seeing how the characters struggle to cope with their new-found powers on top of what is pretty much them making it up as they go.

I’m hoping that their powers look a little more appealing in action than they did in the trailer but as long as the show focuses on storytelling and flushing out both the leading characters, it should end up being really good.

Cloak and dagger in action